Three trees waymark the Christian story – and our own.

Poems are made by fools like me, but only God can make a tree.

Trees are incredible. They are the pinnacles of creation, the tallest, largest and oldest living things. And while, strictly speaking, algal plants (phytoplankton) in the oceans produce more oxygen than them, it is trees – especially tropical rainforests – that have captured the public’s imagination as the ‘lungs of the planet’. We depend on them for many other practical things too, like timber, nuts and fruit. But we also depend on their beauty and magnificence to enchant and inspire us, to herald the passage of the seasons. A world without trees would be no world at all.

The magic of trees has beguiled the poets too since the dawn of time, though as Joyce Kilmer acknowledges above, no words can truly do them justice. Even King Solomon, besides being a bard of some distinction, was something of a dendrophile – a lover of trees (1 Kings 4). With his breadth of mind and largeness of heart, he spoke of ‘the hyssop that grows in the wall’, as well as the great Cedars of Lebanon. 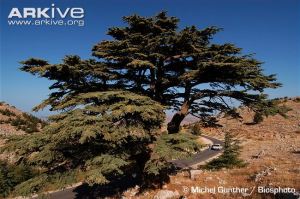 Likewise, three trees appear in the main phases of the broader biblical narrative: creation, corruption and completion. As our own Christian journeys intertwine with this, the greatest story ever told, these trees also herald the seasons of the soul. Another three particularly impressive trees, in existence today, help to illustrate the plot.

Hyperion is found in the Sierra Nevada mountains of California. This tree is a coast redwood, the tallest species in the world, but this particular individual is a giant among giants. At 115 m/379 ft, the towering organic edifice that is Hyperion is significantly higher than Ireland’s tallest building, the Obel tower in Belfast. It is living testament to the grandeur of God’s creation. 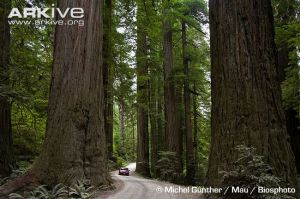 In the beginning, in Genesis 2, we read of the Tree of Life, placed, along with many others, in the Garden of Eden. Like Hyperion, with its scale and sheer quantity of life, this tree surely symbolises the raw potential of this brave new world that had been created. Here was a lovingly-crafted universe, bursting at the seams with all that was good, with mankind sculpted from the very soil that nurtured its trees and plants, which in turn provided food for Adam and Eve and all of the other animals.

We too are lovingly-crafted. We are of the soil (Adama in Hebrew), yes, but we are also of the Divine rootstock, the very image of God. Created by Him as unique individuals, our substance and thoughts and lives are a profound product of God’s imagining (Psalm 139). Like Hyperion and the Tree of Life, we were made to live our lives to their full potential.

Hyperion may the tallest tree on the planet but General Sherman is the biggest. A giant redwood, or giant sequoia, this tree is the largest living thing in existence. Its size is mind-boggling. Also found in the Sierra Nevada of northern California, the General weighs an estimated 1,910 tons; that’s the weight of 19 blue whales – the largest animal to have ever lived – 95 fire engines or 27,285 people! 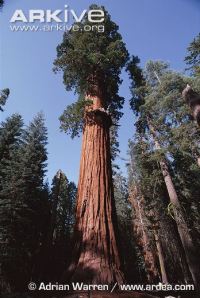 It is in the middle part of the Christian story that we find the second tree: the Tree of Calvary. While the Tree of the Knowledge of Good and Evil in Genesis was the one from which Adam and Eve ate the forbidden fruit, it is the cross of Christ that represents the full extent of the corruption that has befallen creation. ‘Hands that flung stars into space, to cruel nails surrendered’ rhyme the words of the song. On the shoulders of the Son of God, hanging on a tree, fell the burden of sin and suffering much heavier than even the vast weight of General Sherman.

A great burden also weighs upon each of us. Just as Adam and Eve disobeyed God and turned to their own way, we – their literal and symbolic descendants – do exactly the same, again and again. The consequences of our sinful nature and choices mar the relationships that are the very fabric of life. The Tree of Calvary has its roots deep in our own corruption.

Even the height and weight of Hyperion and General Sherman are surpassed by the extreme age of Methuselah, a Bristlecone Pine. These other two trees are mere saplings when compared to the heritage-factor of this one, the world’s oldest tree. Indeed, they were mere saplings when Methuselah was already several millennia old.  Found, like the others, in the hills of California, Methuselah is estimated to be 4,789 years old. 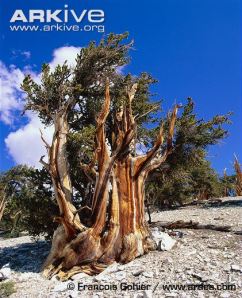 After the stages of creation and corruption in the biblical narrative comes the best and last one: completion. Here, in the book of Revelation, we find the Tree of the Lamb, whose ‘leaves are for the healing of the nations’ (Revelation 22). It symbolises the risen Christ, who, having conquered sin and death though His resurrection, will one day complete His great plan of salvation and usher in a new heaven and earth. Death and suffering will be no more, and the eternal Kingdom of God will go on and on forever, beyond even the great age of Methuselah.

There is healing here too in our individual lives. In Christ we are completed. We are also called to seek completion and restoration for the relationships around us that are corrupted by sin, be they social, economic, cultural or environmental. The Tree of the Lamb proffers the olive branch of hope in this life and the next, not only for us but for our communities, our nations and our beloved world.

Every story has a beginning, middle and end. The best stories also have the worst villains, the darkest nights and the brightest dawns. That is the case with the eternal tale of which we are a part, with its creation, corruption and completion. Old stories also benefit from a new telling. So it is with Treehugger Gospel. Hyperion, General Sherman and Methuselah, as well as the Trees of Life, Calvary and the Lamb – they all help to waymark this great chronicle of hope. If it were a poem, the Christian story would indeed be lovely as a tree.